How reliable is consequence modelling?

Consequence modelling is used to estimate the severity of hazardous scenarios for processing plants. Several different types of models have been established to calculate thermal effects of fires, overpressures from explosions, and the dispersion behavior of large-scale gas releases.

Many of the methods used for consequence modelling have been around for a long time, some dating back several decades, originally in the form of empirical models, however more complex models have popped up over time, including the use of CFD. 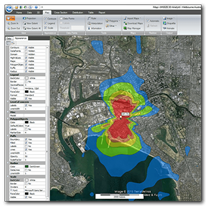 What’s the problem with consequence modelling?

A great deal of research and development has been put into consequence modelling methodologies, and with the power of today's computing we can now run very complex and precise models based on first principles. However, even with all we know about the processes behind gas dispersion, explosions, and fires, all consequence modelling has a relatively high degree of uncertainty when compared to other engineering models such as those used for determining the structural integrity of a building or the power output of a boiler. It’s worth understanding just why that is, and what repercussions it has for your facilities safety assessment.

Scenario inputs – garbage in, garbage out

Scenarios used for consequence modelling are typically much less predictable than for other types of modelling such as boiler power output. For example, when modelling the dispersion of a toxic gas from a leak in a tank that’s outside, the results are heavily dependent on the wind conditions, atmospheric stability, presence of inversion layers, orientation and size of the leak, the list goes on... 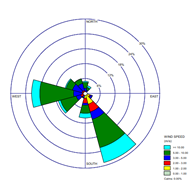 There are countless combinations of these parameters that we could use to model the scenario, and they can result in effects spanning from just a few meters up to several hundred meters. This is particularly prevalent when we start dealing with more complex models, for example when using CFD to model dispersion of gases, the number of variables to set can be orders of magnitude greater than with empirical models.

Levels of concern – tis but a scratch

Another contributor to the overall uncertainty we have in consequence modelling lies in how we interpret the results. It is all well and good to develop a model and get a result showing, for example, the concentration of a toxic substance at any given location and time downwind of a release, however we still need to interpret at what concentration/exposure duration do we consider harm may occur.

A great deal of work has been done investigating the harmful effects on people from exposure to toxic materials, overpressures, and thermal radiation, however once again there is a great deal of uncertainty that arises when interpreting results in a practical way.

For example, looking at published data for toxicity we can find a vast number of different values, such as AEGL, IDLH, toxic doses, and countless more. All too often we find that the threshold concentration for a specific substance considered capable of causing fatalities or serious harm can have differences in excess of 100% between different publications and standards.

Many consequence models are empirical, that is they are based off a series of real-life tests under controlled environments where the model is calibrated against measured parameters. With models like these, it’s critical to understand when it is appropriate to apply them and when it is not. A model developed using tests within a certain scale can become invalid when modelling scenarios of a different scale, and with the size of the scenarios we typically model, it is not always possible to run tests at an appropriate scale. 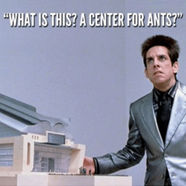 For example, when modelling thermal radiation from pool fires, moderately sized pool fires can behave much differently to very large ones where they get to the point where the centre of the pool doesn’t get sufficient oxygen to burn, and results in a significant change in behaviour.

CFD modelling also has significant limitations when it comes to scale, particularly where turbulence is involved as computing turbulence simultaneously for the micro and macro scale becomes computationally expensive and complex.

So what is the point of consequence modelling

Even though consequence modelling has a high degree of uncertainty, it is still a very helpful tool for assessing risk. It helps us determine whether a hazard scenario might only cause harmful effects within the immediate vicinity or whether it might affect neighboring sites and properties. It can also tell us whether a scenario is capable of causing serious harm at all.

When developing consequence models, we normally simulate the ‘perfect storm’ where input conditions are selected to give the worst possible outcome. This gives us a reasonable maximum extent for a scenario, which can be fed back into emergency response planning and risk assessment.

In conclusion, consequence modelling is a helpful tool that can help us determine whether a scenario has a large area of effect or a small one and help us focus in on the most significant hazards. It can also be helpful when developing emergency response planning, where conservatism is used to get a maximum possible hazard extent.

There are a range of different types of model available, and the more complex options such as CFD are not necessarily more accurate, nor is the extra effort necessarily justified. If I can stress only one point, it would be that when it comes to consequence modelling, when in doubt be conservative and treat any results with a grain of salt.

As an added piece of guidance, we have developed a checklist which we use when auditing consequence modelling work we have carried out for facilities. This check list helps to ensure any dispersion modelling for a facility has adequately considered the range in conditions that may be present during a major incident.

Much has been said about the science and tools used to assess the scale of catastrophic events. The...

Minor Modifications can catch you out

The size of a change, either physical or financial, bears no relation to the magnitude of the...

A HAZOP can fail in a number of ways and it is the responsibility of the facilitator to monitor...