The Difference Between Occupational HSE and Process Safety 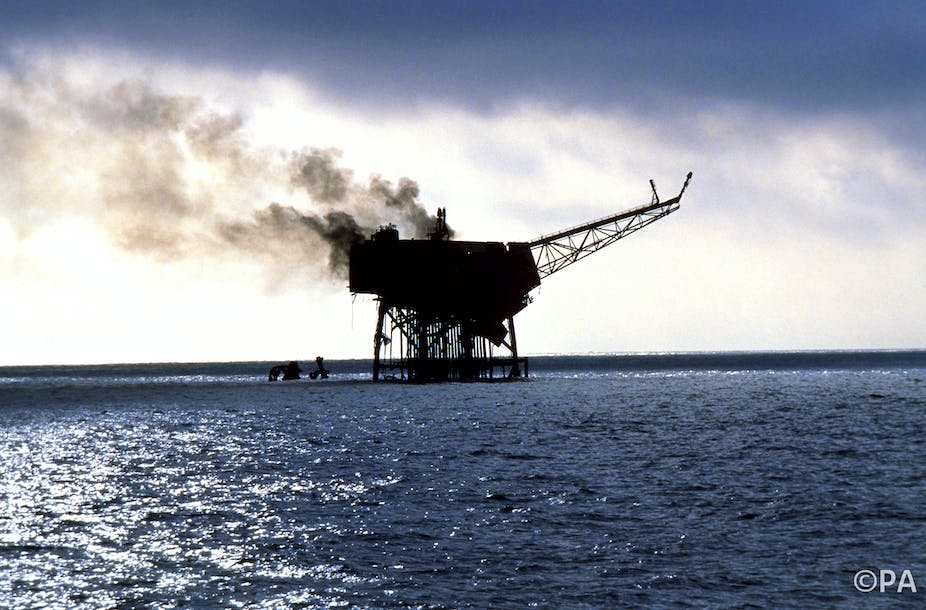 The Difference Between Occupational HSE and Process Safety

When most people think about workplace safety, they think about occupational health and safety.

Occupational health and safety is about protecting people from the common occupational hazards that are present in the workplace. These hazards are generally low in severity and occur often. They involve minor to moderate injuries to people that may require first aid treatment or hospitalisation but most likely do not lead to long term disabilities. The impact of occupational hazards is localised and does not spread outside the boundaries of the workplace and into the general public. The solutions to reducing occupational health and safety risks are all about changing people’s behaviour.

Process safety, on the other hand is about protecting people from the types of hazards that are present in the process/manufacturing industries. These hazards are far more severe than occupational hazards and occur at a much lower frequency. They involve fatalities and/or severe and permanently disabling injuries to people. The impact of process safety hazards can spread outside the boundaries of the workplace and into the general public and they may also be related to a long-lasting environmental impact. The solutions to reducing risks related to process safety are a blend of engineering and management skills aimed at eliminating or minimising risks to people and the environment due to the severe hazards that are present in the process/manufacturing industries.

Some examples of occupational and process safety hazards are listed below:

The way in which occupational and process safety hazards are controlled is vastly different.

Occupational hazards are controlled by changing people’s behaviour through training and ensuring that people have adequate personal protection equipment (PPE) against these hazards.

Process safety hazards, on the other hand are controlled either by elimination of the hazard by engineering design, or by providing adequate protection layers (safeguards) to minimise the risk associated with the hazard. These protection layers can be achieved either by engineering design (preferred) and/or by administrative controls or procedures.

Examples of both engineering and administrative protection layers are listed below.

Process safety has developed and advanced over the last 50 years in response to several severe industrial accidents that have occurred because of spectacular failures in process safety systems and lacklustre safety culture.

A short summary of some of the more well-known industrial accidents are below.

The Flixborough disaster was an explosion that occurred at a chemical plant near the village of Flixborough in North Lincolnshire, England in 1974. The explosion killed 28 people and seriously injured 36 people.

The explosion occurred because of a temporary plant modification in which a leaking reactor was removed and bypassed using a temporary pipe while the repairs to the reactor were made. The temporary bypass did not go through any design review or MoC process and it subsequently failed. This resulted in a massive release of hot cyclohexane which led directly to an explosion. The effects of the explosion spread beyond the limits of the plant with 50 injuries to members of the general public and 2000 properties damaged.

You can see more about the Flixborough disaster by watching the following video.

The Piper Alpha disaster was a fire and series of explosions that occurred on the Piper Alpha oil platform in the North Sea about 120 miles northeast of Aberdeen, Scotland in 1988. The disaster killed 167 people.

The initial explosion was caused when operators started a condensate pump that had unbeknown to them had a vital piece of equipment (pressure safety valve) removed for routine maintenance during a previous shift. This resulted in a condensate (hydrocarbon) leak which ignited and caused a relatively small explosion. That should have been the end of the event, were it not for the lack of blast walls. The event escalated with the explosion rupturing crude oil pipes in a neighbouring module, leading to an oil fire. The ruptured pipes meant that operators were unable to isolate the platform and neighbouring platforms did not shut down. Oil continued to flow through the ruptured pipes which fuelled the fire. This eventually weakened two high pressure gas lines from neighbouring platforms which ruptured leading to massive explosions. The platform eventually weakened and collapsed into the sea with 167 lives lost.

You can learn more about the Piper Alpha disaster by watching the following video which includes a detailed account of the sequence of events and a re-enactment of the disaster.

The explosion occurred during start-up of the isomerisation unit after a shut-down for maintenance activities.

During start-up, of a raffinate tower with liquid hydrocarbons, many failures occurred with procedures, poor shift handover, poor locations of instruments leading to a lack of clear indication of plant state and failures of protection systems. The liquid eventually filled the tower completely and flooded a relief system designed to handle vapour, not liquid. Leading to a geyser of flammable liquid to eject from the top of the blowdown drum stack. This formed a rapidly expanding vapour cloud which ignited and sent an explosion through the refinery and temporary offices fill of contract workers were right in the path of the explosion.

You can learn more about the Texas City Refinery disaster by watching the following video which includes a detailed account of the sequence of events and a re-enactment of the disaster.

The Pike River Mine Disaster was a coal mining accident caused by a series of explosions that occurred 46km northeast of Greymouth, New Zealand in 2010. The disaster killed 29 people. An additional 2 miners who were in the access tunnel at the time of the initial explosion managed to escape and were treated for moderate injuries.

A third smaller explosion occurred 7 days after the initial explosion.

A fourth explosion ignited the coal in the mine and the resulting fire was visible above the ventilation shaft. The fire complicated efforts to stabilise the mine and made recovery of any bodies unlikely.

A significant contributing factor to the disaster were a lack of safety measures common in Australia but not legally required in New Zealand. These safety measures included a “tube bundle” gas monitoring system, stocks of food and water, breathing apparatus and a second escape route.

A former mine supervisor alleged that miners continued to work when the methane concentrations were too high and that miners routinely blew compressed air over the methane alarms to prevent them from triggering.

As of 2021 Pike River Mine has remained sealed since the disaster because it is too dangerous to enter and no bodies have been recovered.

The Fukushima Nuclear Disaster was a nuclear meltdown that occurred as a direct result of the Tōhoku earthquake and tsunami in 2011. The disaster resulted in the evacuation of 154,000 people.

The reactors shut down when the earthquake was detected. Electricity supply was lost to the reactors and the emergency diesel generators started. These are required to provide critical power to the cooling water pumps, which circulate coolant through the reactor cores to remove residual decay heat. However, the earthquake was followed by a tsunami which swept over the plant’s seawall and flooded the lower parts of the reactors. The flooding caused the failure of the emergency diesel generators and loss of power to the circulating pumps. The resultant loss of cooling to the reactor cores led to a nuclear meltdown in the reactor and widespread release of radioactive contamination over a wide area.

You can learn more about the Fukushima nuclear disaster by watching the following video which includes an account of the sequence of events that led to the disaster.

There are many other significant process safety incidents that have occurred around the world including, Bhopal, India (Toxic release), Buncefield, UK (fuel storage explosion), Longford, Australia (Gas plant explosion). Many of which have had the effect of influencing legislation and the process safety industry.

Why do we need to audit our Safety Management Systems?

Managing risk in an operating facility requires effective systems across the organisation AND...

What Does Verification of Safety Critical Elements Look Like ?

Managing risk on a facility requires a clear understanding and verification of:

Are you over cooking your Safety Critical Elements?

There is a lot of debate and variation in the process for deciding what should be categorised as an...